A brother’s battle with dementia- an interview with Mary Collis, author of Gabriel’s Journey

"When he’d briefly opened his eyes Gabriel was forced to confront the ruthless reality of his everyday life. His eyes closed again but he was not asleep. He was struggling mentally to piece together the floating individual pieces of a jigsaw."

Mary Collis’ memoir Gabriel’s Journey is a moving and poignant tribute to her brother who, during the later years of his life, battled Parkinson’s and Dementia. Her account of the progression of her brother’s illness does not simply document a decline in his health but also invites the reader into Gabriel’s new world

Collis’ loving relationship with her brother shines through every word, and she paints a vibrant picture of an enigmatic and one-of-a-kind character.

This memoir is an invaluable addition to the bookshelf of anyone who has a loved one battling dementia. Collis reminds us that while the disease may feel like it has claimed your loved one, they are still there and you can still reach them, but you need to learn to navigate their new reality with them.

We at Bridgit were fortunate enough to have the chance to speak to Mary and ask some of our burning questions about her memoir and her life. Read on for a really fascinating interview with the author herself.

Based on your experience with your brother, what advice would you give to someone who has a family member with Alzheimer's or dementia?

When the pathways of the mind disconnect and memories become fractured, I believe that the lifelong hopes and fears embedded in the personality come to the surface.

Although they may appear to become immersed in their own world, they are still able to express these long-held hopes and fears to those close to them.

Sadly, they are often expressed in ways that we cannot always understand. However, in their words and actions, they are communicating the hopes and fears of the person they once were and still are.

We need to take the time to listen and try to understand. Their world is their reality and if they believe something to be true then one has to accept that for them it is true.

How did Gabriel's diagnosis of dementia impact upon your relationship? If at all?

I had always had a very close relationship with my brother who was 11 years older than me. My big brother always encouraged me to do well at school, having left school himself at 16 and attending night school for years before eventually achieving his goal of going to University. When I was 16 and our Dad, conforming to the working class ideas of his generation, was insisting that I leave school:

“I was a girl; I’d get married and didn’t need any more education”

It was my brother who persuaded him to change his mind.

Later in life, when talking to my brother on the telephone, the sound of my voice must have triggered his confused mind to return to those days when he said, ” I hope you pass all your exams”.

I always knew that even amidst all his paranoia he still genuinely cared about me.

Perhaps because we had always been so close I realised that I was able to make sense of his confusion if I accepted the world he had come to inhabit in the later stages of his illness.

The egotistical brother that I had always known and loved was still there, but he was struggling to find reasons that would explain the unfortunate situation that he was now in. His paranoia led him to make the connections to his past eventful life.

I recorded our conversations which involved a labyrinth of conspiracy theories linked to past events. These conversations along with his diaries of his world travels helped me to see the connections between past and present that he was desperately struggling to piece together.

What was your main motivation behind writing Gabriel's journey?

The close bond that I had always shared with my elder brother and the sadness I felt as his illness progressed was my inspiration to write a novel which I have dedicated to him in the hope that the memory of his lovable adventurous free spirit may live on.

My brother’s diaries which detailed his extensive world travels provided the research for the book in addition to my records of the many revealing conversations that I had with him following his diagnosis.

It was these conversations, alongside my insight into his personality, that gave me a unique perspective into the effect of the disease on the workings of his mind.

It is a story in which present day events and past life events converge. It is a powerful story that I was inspired to write as a tribute to my brother but also to help raise an understanding and awareness of dementia.

Do you have a favorite moment from the book? If so, which one?

My idiosyncratic, lovable brother had a charismatic personality that attracted people to him and he formed friendships that lasted a lifetime.

Some of my favorite parts of the book recall his memories of those lifelong friends and the unfaltering loyalty that they displayed throughout his illness. These sections of the book illustrate that my brother was in many ways a unique character who captured the hearts of so many in his long eventful journey through life.

His many friends who have subsequently read the book tell me that it is “a wonderful read about a wonderful man” and that “I have brought him back into their lives.

Did you find the chronicling of Gabriel's struggle with Parkinson's and dementia cathartic in any way?

It was cathartic for me, personally, in many ways.

In 2014, my husband was diagnosed with kidney failure. For two and half years he managed to maintain a kidney function above the limit that would require dialysis but was frequently tired and listless. We both were fearful of what the future might hold for us.

At the same time my brother, my only sibling, was suffering from Parkinson’s. I knew the disease was progressing towards dementia as he revealed to me his paranoid thoughts.

I became despondent, continually worrying about both my husband and my brother. It was in March 2015 that I decided to react positively to my situation and started to write the story of my brother’s eventful life.

My husband became seriously ill in June 2017 and was admitted to hospital for emergency dialysis. He then began receiving regular three weekly evening sessions of dialysis. This meant that I had three long evenings at home on my own, which I used to carry on writing.

I completed the book in September 2017 and Gabriel’s Journey was published in May 2018.

I am so glad that I did not sink into despondency because of what was happening to my loved ones, and I feel happy that something truly positive triumphed over adversity.

Sadly, my brother died a week after the publication.

The funeral was held in Richmond Crematorium London where I spoke publicly about my brother’s life to a huge gathering of his friends.

"I hope that the story may help both patients and carers to appreciate the benefit of maintaining a positive attitude for anyone who has a close relative suffering from dementia. I hope my story will show people the comfort that I found in recording my brother’s colorful and eventful life, the publication of my novel, and the kind comments from friends of his who have read the book. What would you say is the main misconception that people have about Alzheimer’s and the impact it has on those who suffer with it? I think perhaps one of the fundamental misconceptions about the disease is that the person suffering from Alzheimer’s is no longer the same person- that they have changed and become someone very different.

The illness inevitably will change a person and the way they think and act, but try to remember that, whilst they may be struggling mentally and physically with the change, their true essence will always be there.

If you try to enter into their new world with them, maybe you will find them.

My journey with my brother taught me that if you listen carefully and be patient, you will find the essence of the person that once was. By gradually and sensitively entering into my brother’s journey, as he became immersed in his new reality, I found the brother I had always known and loved.

He was still there." 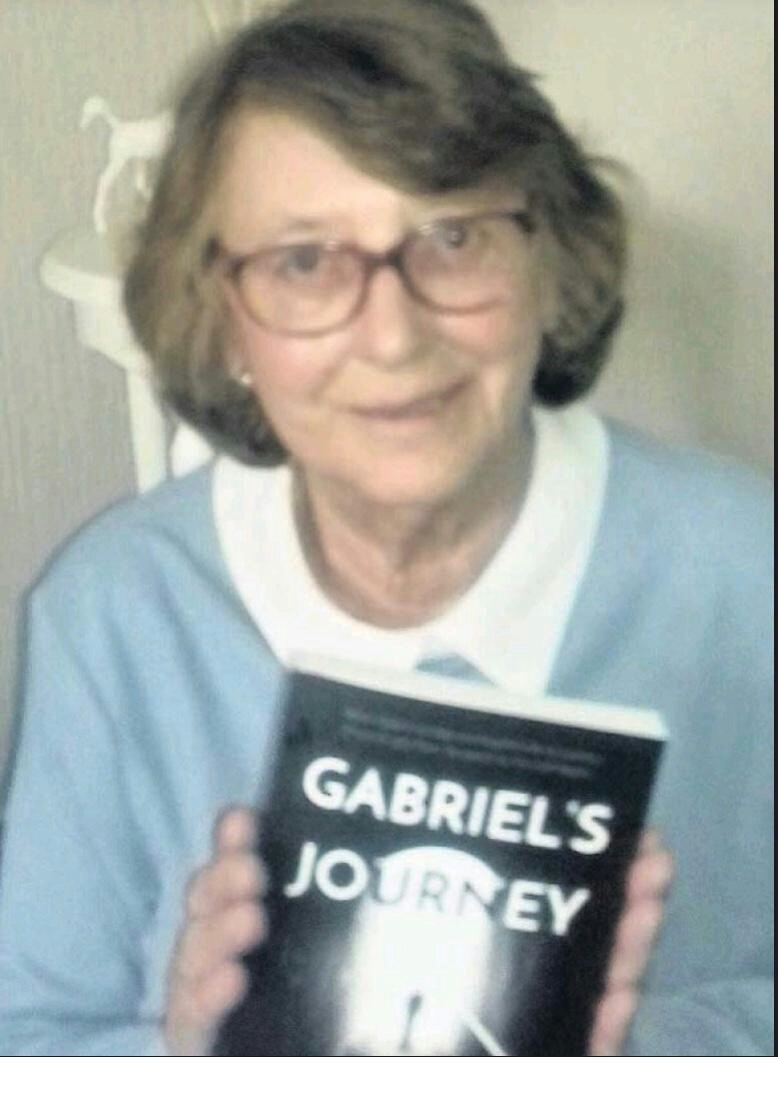 Gabriel’s Journey is available on Amazon; it is a valuable read for anyone who is caring for someone with dementia, but also anyone who wants a greater understanding of such a complex health issue.

Go and check out Mary Collis’ page on Instagram– show her some support!

If dementia is having a negative impact on your life in any way, don’t struggle alone. There’s help out there. Take a look at dementia support groups and resources that you can access.

If you are wondering if you qualify as a carer to a loved with dementia, have a look at our blog which will help you come to a solution.

Newer Carers and Kitchen Safety- Protecting Your Loved Ones When Cooking
Back to list
Older Bridgit launches Carer Support Service
Shopping cart
close
Start typing to see products you are looking for.
We use cookies on our website to give you the most relevant experience by remembering your preferences and repeat visits. By clicking “Accept”, you consent to the use of ALL the cookies.
Cookie settingsACCEPT
Privacy & Cookies Policy